Cranky's owner Andrew Phelps had always been determined to open up his own bike shop. In 1998 he went to Oregon and attended United Bicycle Institute and became a certified bicycle mechanic.That same year Andrew, along with his wife Angela, started their first company, Cranky's Bike Repair. They began doing bike repairs out of their garage. After 2 years and a whole lot of planning, Cranky's Bike Shop was born!  As St. Albert residents, the Phelps' really wanted to open their bicycle shop in their city.

Cranky's opened it's doors in the new Bruin Centre in the Perron District on a warm day in March 2001 (seriously, there was no snow). Alot had changed since the first day the shop opened. Cranky's doubled it's size in late 2008 and was transformed into a great local bike shop catering to all cycling interests and abilities. In 2013 Cranky's expanded once again to create space for a better service department and clothing section! In the late summer of 2015 Cranky's was named an authorized Cervelo dealer. Cervelo joined the other excellent brands in the shop, Trek, Giant and Electra. Cranky's Bike Shop was also named a top 20 Canadian Trek Dealer for 2015!

In March of 2018, Cranky's will celebrate it's 17th anniversary. Even though a lot has changed over the years, you will still find Andrew and Angela along with their amazing staff in the shop helping all those wonderful customers that made Cranky's Bike Shop what it is today. 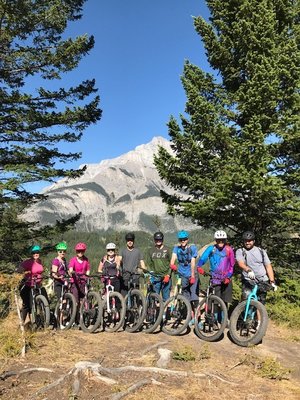